Ms. Kassouf has over 30 years of experience in the  commercial real estate, health care, insurance and financial service sectors, serving in different capacities including that of a financial advisor, securities lawyer, investment banker, business development officer at an operating company and investor. Ms. Kassouf, working with Mr. Jackson,  has spearheaded the sourcing of capital raises for over $150 mm of ground up construction developments on which Cedar has worked during the past ten (10) years. In prior years, Cedar has also been active in the areas of business development, mergers and acquisitions and assisting with capital raises for growing companies. From 1993-2001 Ms. Kassouf initiated and ran Cedar Equities, the venture capital subsidiary of Western Indemnity Insurance Company, an insurance entity in Houston, Texas and attended the board meetings of its portfolio companies. Working with and through its team of brokers while at Western Indemnity/Healthcare Insurance Services (affiliates of The Galtney Group) , Ms. Kassouf also generated 45+ new accounts, including 7 of the top 70 accounts, $33 Million in Premiums (Approximate), $3.3 Million in Commissions (approximate) for this provider of medical malpractice insurance. As a member of The Galtney Group’s Senior Management Team, she attended its board meetings.

Prior to that, Ms. Kassouf initiated and spearheaded the healthcare investment banking unit in the Southwest for Chemical Banking Corporation and its subsidiary, Texas Commerce Bank, (now owned by JP Morgan Chase) and recruited team members and built up the unit to where it ranked 3rd among investment banks in state of Texas for hospital bond/debt financings (1989-1990) generating $4-$5 million in fee income with 20+ new accounts. She was a significant deal team member on two health care leveraged buyouts while at Chemical Banking Corporation, including 1989 AMI buyout using $1.6 billion financing.

Before joining Chemical Banking Corporation and Texas Commerce Bank, she served as a securities lawyer for Mudge Rose Guthrie Alexander & Ferdon, New York, New York where she worked on financings for electrical utilities, public power and power cooperatives, water districts and hospitals and where she generated two clients for the firm.

Ms. Kassouf has been a member of the New York Bar and is a member of the Texas Bar Association, is a current member of Women in Public Finance, and was a founding advisory board member for and is a current member of Women Business Leaders, US Healthcare Industry Foundation, a Washington, D.C. based group comprised of senior healthcare executives across the country and overseas. She is also a past Research Advisory board member for one of the Cancer Research projects at Emory University, Winship Cancer Center (2009-2020).

Ms. Kassouf has the following securities licenses: Series 24 – General Securities Principal Examination, Series 63 Uniform Securities Agent State Law Examination and Series 62 Corporate Securities Limited Representative Examination, Series 50 Municipal Advisor Representative and Series 54 Municipal Advisor Principal and is grandfathered for the Series 79. Ms. Kassouf is also an independent arbitrator for FINRA and is certified as an arbitrator and mediator in the state of Georgia.

Ms. Kassouf has served as a board member for Create Your Dreams, a program for at risk youth in Atlanta (2005-2008) and for the Lion’s Eye Bank Foundation, Houston, Texas (1992-1999).  For about 16 years, (2003-2019) Ms. Kassouf has been a  board member of an international organization, ATFL, www.atfl.org and has traveled to the Middle East and met with governmental officials there. 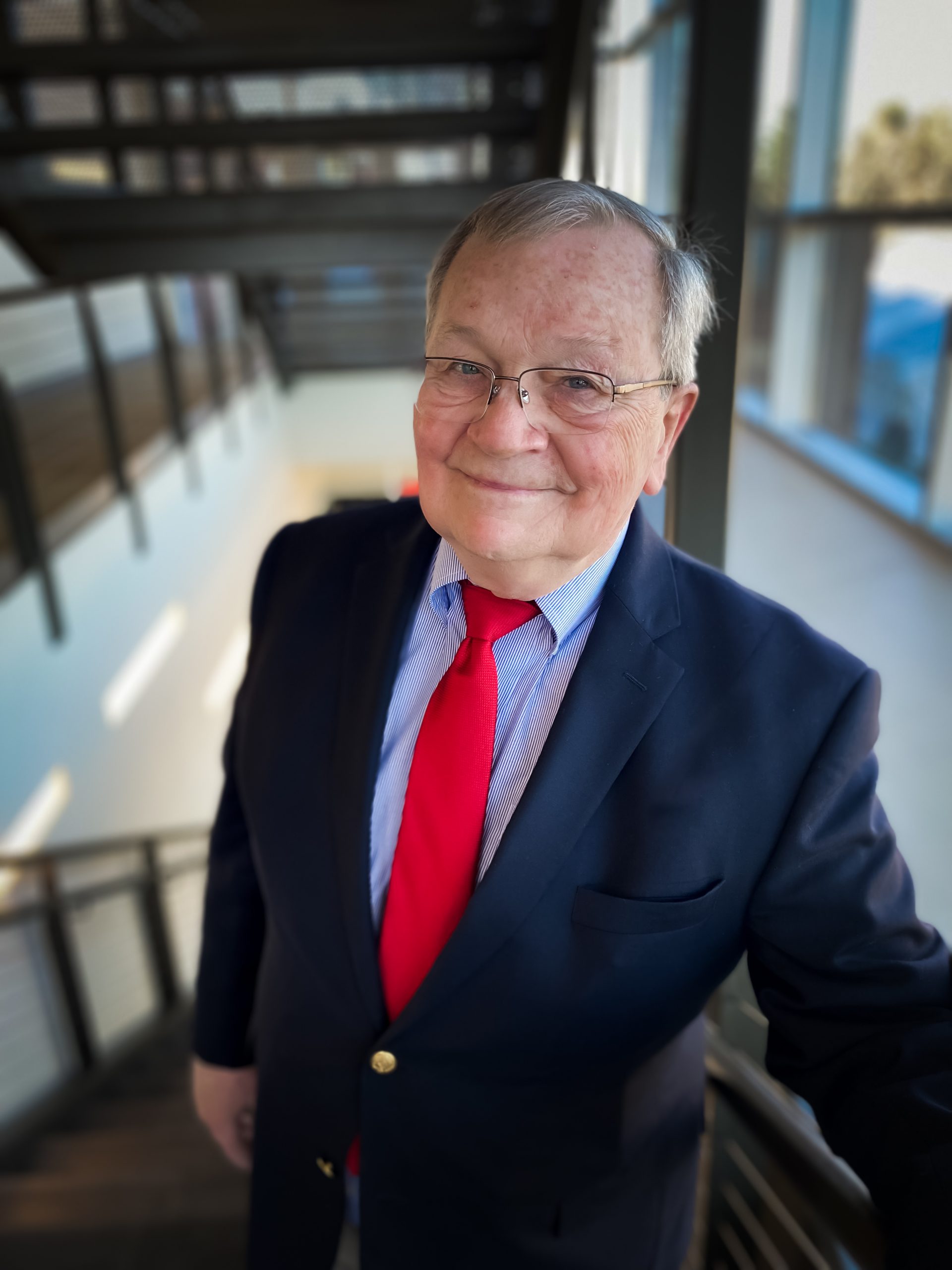 Mr. Jackson, principal of Cedar Ventures, he  has been working with Cedar Ventures in reviewing projections and market studies of Senior Housing Facilities and Health Care Facilities since 2015. He has an extensive background in this sector. As an investment banker with a prior firm, Mr. Jackson has executed senior housing financings using tax exempt bonds, HUD loans, conventional mortgages, account receivable financings, mergers and acquisition financing. He has had operating experience in the Senior Housing sector having served as Interim CFO and Financial Consultant to Wesley Woods Senior Living, Inc. from February 2005 to November 2007 where he led the efforts to refinance the 25+ year old ILF communities using  HUD financing and Low Income Housing Tax Credits, prepared operating budgets, capital needs assessments, and presented and reviewed acquisition and development opportunities.

Prior to his position at Wesley Woods, Mr. Jackson worked for a  company that owned and managed nursing homes and Senior Living communities. He also served as an underwriter at some niche investment banking firms in Atlanta that focused on raising capital for nursing homes. Mr. Jackson has served on the board of a bank holding company that owned (4) four commercial banks in Illinois. Mr. Jackson was also a controller  and budget director at The Robinson – Humphrey Co., Inc. He started his career working for Arthur Anderson, Audit staff and also as the CFO of a mortgage banking firm that owned, developed and managed real estate assets in Florida and Georgia.

Mr. Jackson is based in Atlanta where he lives with his wife, a former public and private school teacher. He enjoys watching their grandsons play sports and follows their academic interests. He also roots for the University of Georgia Bulldogs! 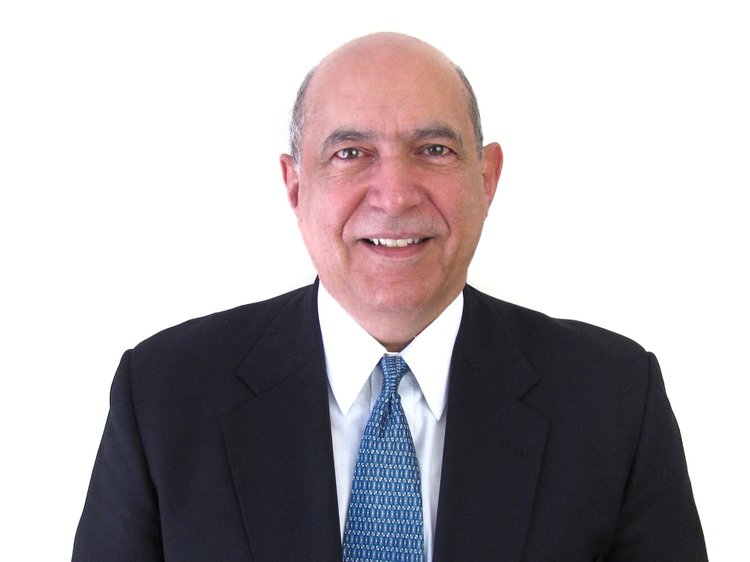 Harry Joseph is a consultant to Cedar assisting with financial modeling and projections for various projects.

In addition, since 2002, Harry has organized several investment partnerships to acquire income-producing office and commercial properties across the Southeastern United States and is currently engaged in an infill residential development in Roswell, Georgia.

Harry graduated from the University of Notre Dame with a BBA in Accounting and participated in university bands throughout his college career.

Harry currently resides in Marietta, Georgia and is a licensed real estate broker in Georgia, Alabama and South Carolina. 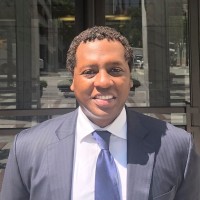 Cedar began hiring interns through the Join Handshake site in 2020. We are proud of our interns and wish them much success in their careers:

Huijii Tao, B.A. Economics and French, Bucknell University, 2021. Ms. Tao interned with Cedar during the summer of 2020. She is now a risk management intern with Deloitte in China.

Bryan Scutari, BSBA Finance candidate, Bucknell University, interned with Cedar during the summer of 2021 and is completing his studies at Bucknell while also starting and participating in a local real estate investment vehicle.

Seth Adams, Bachelor of Business Administration Candidate, Morehouse College. Mr. Adams interned with Cedar during the summer of 2021. Mr. Adams has also been interning for a municipal entity in the MidAtlantic region.

Nick Kolb, Wake Forest University Finance student, interned with Cedar Ventures during the summer of 2021. Mr. Kolb has accepted an internship with a national financial institution for the summer of 2022.

Ms. Marie Newton manages Cedar’s payroll reporting and is a CPA with over 40 years of experience, which includes having worked at Arthur Andersen & Co. and several local firms prior to beginning her own practice in 1992.  She received her MBA in Accounting from the University of Mississippi and her B.A. in History and Elementary Education from Agnes Scott College. She has memberships with the AICPA, the Texas Society of CPAs, and the Houston Chapter of the TXCPA.  She also holds CPA licenses in Texas and Mississippi.  Ms. Newton resides in Houston, TX.

HLB Gross Collins has been Cedar’s tax firm since 2000 filing its annual taxes.

Cedar works with and consults with a variety of law firms that advise it on various transactional matters. Some of those law firms include:

We are not siloed to a specific product as is the case with larger firms. The number of years that we have worked on financings, over 30, provides us a framework to be creative as we have ‘seen a thing or two’.